The Magic Behind Your Tables

THIS NEWS might come to you as a shock but our tables are not actually God-sent but they are in fact built by humans – by our most amazing team members Antti and Ruslan. This Dynamic Duo has surely something important to say about building your tables and if not, well we should all be worried. Anyway, we have gathered your most common questions about the production and they will be answered in this article! 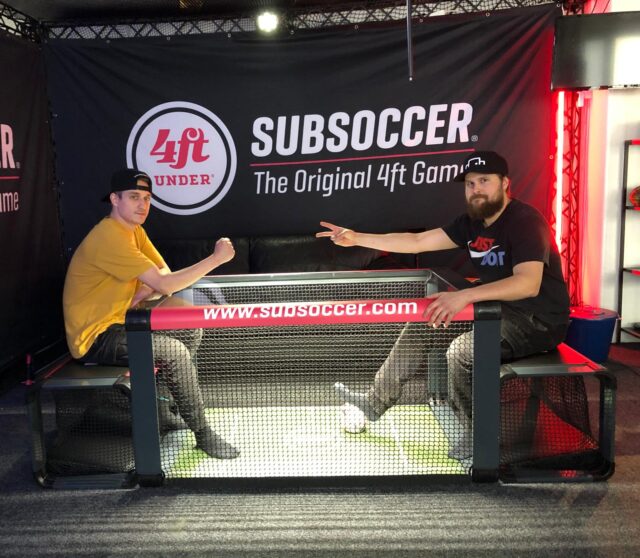 Tuesday the 4th  of Subruary

Entering this cozy room anyone can feel that these guys are enjoying their work. No one would listen to Earth, Wind and Fire if they weren’t having the time of their life. Okay, maybe that was slightly exaggerated but anyway there seems to be a very good vibe in the office. And there the guys are! Let´s have a chat with them!

“Antti! Why are you smiling?” – SUBERTEAM

“Oh, because the coffee is so good that someone has made today. It is kind of a surprise since usually the coffee is almost undrinkable when the barista has been Jarno.” – Antti

“Do you agree Ruslan?” – SUBERTEAM

Now as the mood was clearly elevated, it was our time to ask some really hard questions. Let´s see if they can handle the pressure! In Subsoccer a match can have up to 3 rounds so we will fire the boys with 3 rounds of increasingly more difficult questions!

“Guys, how did you end up working in Subsoccer?” – SUBERTEAM

“I was drafted to Subsoccer because the organisation was already interested in me for some time. They had seen my potential and due to my young age, I was even more attractive to the team! – Ruslan

“Well, you haven´t disappointed us. Good job Ruslan! What about you Antti?” SUBERTEAM

“Ruslan was injured again, and he was sent to the bench as they say in soccer. Therefore, it was my time to shine! – Antti

“Great! What is the best thing about your job?” – SUBERTEAM

“I guess we can both say that each table is an individual and therefore their stories are very different as they are all hand-made. A table for Ivan Rakitic is completely different than a table for my neighbor Urho Kalevi for instance.”- Ruslan 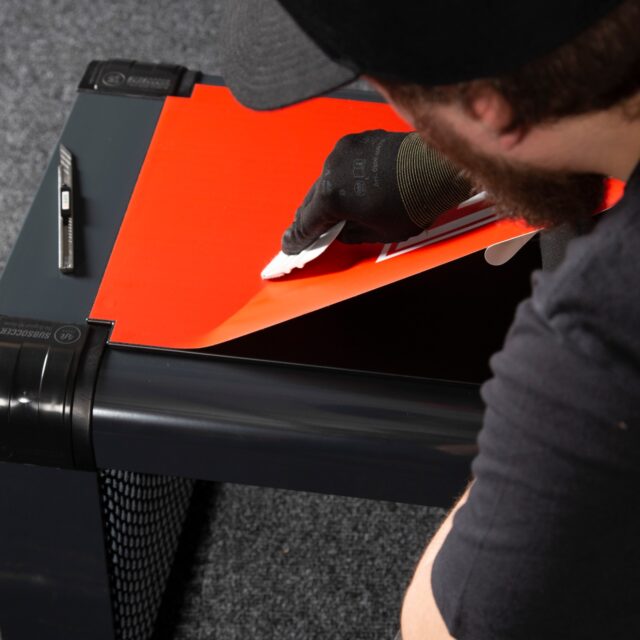 “Now let´s ask something more difficult! If your working style would be a football player, which player would it be and why?” – SUBERTEAM

“Hmm… I would say Lewandowski, since I´m a clean striker and some people think that I’m Polish due to my beard, appearance and style in general. “– Antti

“What! You are not Polish?! Well, you live and learn. What about you Ruslan?” – SUBERTEAM

“If Antti says Lewandowski, I guess I need to say Joshua Kimmich because he is intelligent, clever and skillful – just like me!” – Ruslan

“Don´t you mean Arjen Robben? Intelligent, clever but quite often injured which is unfortunate.” – Antti

“Haha, very funny! We all know that I’m the reason why the tables look so wonderful as they do! Just keep on making good coffee.” -Ruslan

“Good banter! What is the funniest thing that has happened to you while you have been working here? Tragic-comedy is always much appreciated.” – SUBERTEAM

“Well once communication failed which led our table to be outside on the loading bridge for the whole weekend. The table was said to be picked there on Friday but apparently, they meant another day! The lesson of this story seems to be that in Finland you can leave a premium product outside for a whole weekend and no one will steal it. But you know what, these things can happen when humans are working. Annoying then but kind of funny now!” – Antti

“Final question guys and this is the golden goal! If you had to pick one soccer player to a desert island for a week, who would you pick and why?” – SUBERTEAM

“I have to say Alex Morgan since she is inspirational and a great player too! Not to mention she seems to be a very cool person with a great sense of humor too.”– Antti

“I will say Zlatan because the island would be privileged to be the guest of Zlatan. And when people would find us on the island, they would be thankful that Zlatan saved them.“– Ruslan

“Perfect! Thank you for this interview and we have to say that you both did well!” – SUBERTEAM

“Thanks! We wish we could say the same for the interviewer! Haha!”- Ruslan & Antti

So, there you have it! We hope you enjoyed this chat as much as we did! Please tell us who would you want to see us interview next!

Till we sit again/ SUBERTEAM