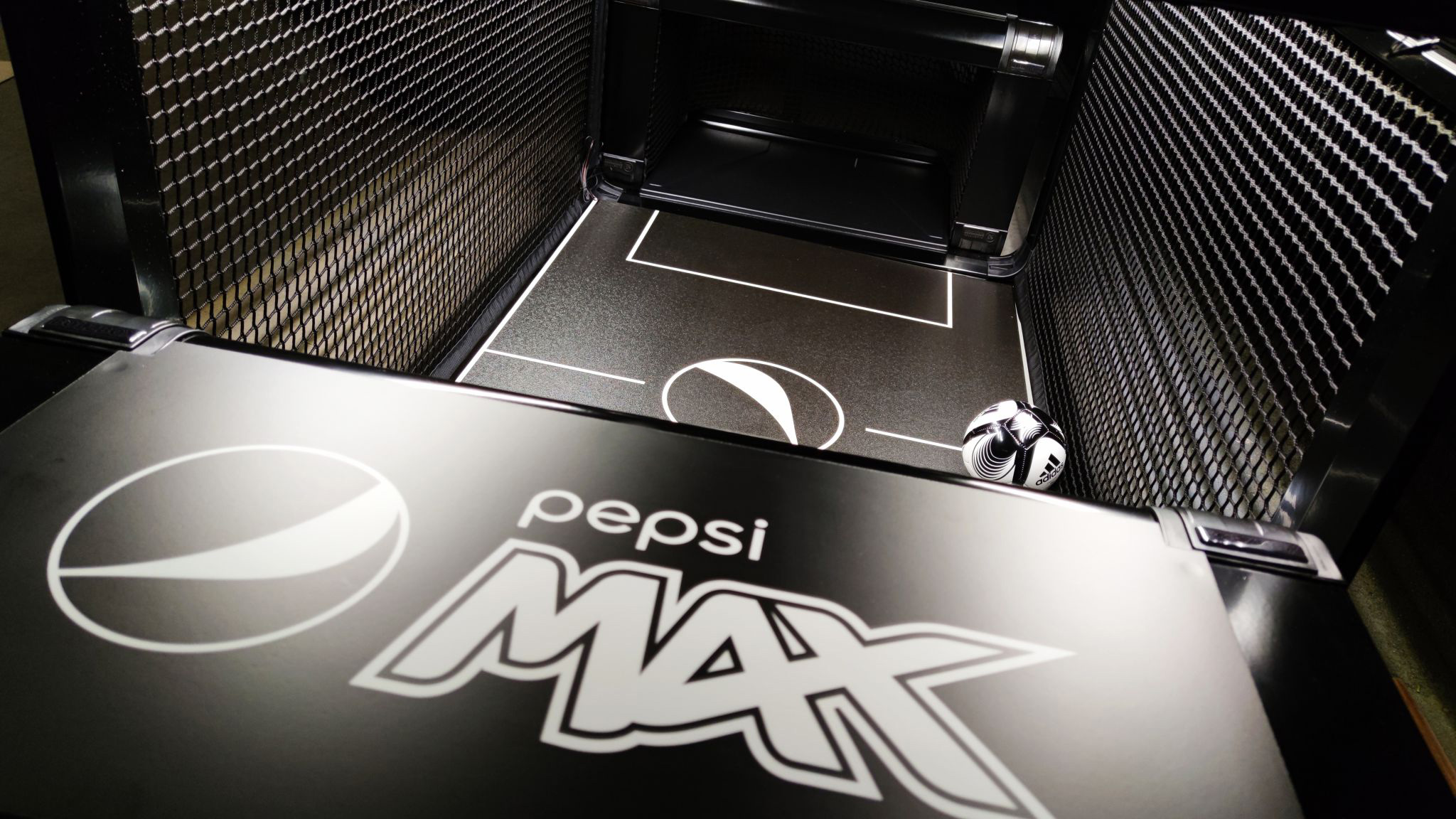 Customized Subsoccer table football games are manufactured for a variety of uses. For instance, the game serves as great entertainment at sports bars, and at the same time as an advertising platform for sponsors.

On the other hand, if you want a game in your game room it is sure to stand out from your friends other table football games. A particularly good option is to have a Subsoccer in your own graphics and colors.

Sky Sports is a group of British subscription sports channels operated by the satellite pay television company Sky Group (a division of Comcast), was the dominant subscription television sports brand in the United Kingdom and Ireland. It has played a major role in the increased commercialisation of British sport since 1991, sometimes playing a large role inducing organisational changes in the sports that broadcasts, most notably when it encouraged the Premier League to break away from the Football League in 1992.

Ivan Rakitić is a Croatian professional footballer who plays as a midfielder for Sevilla FC. He scored the first goal of the 2015 Champions League Final and became the first player to win the Champions League a year after winning the Europa League while playing for two separate clubs.

PepsiCo, Inc. is an American multinational food, snack, and beverage corporation headquartered in Harrison, New York, in the hamlet of Purchase. PepsiCo’s business encompasses all aspects of the food and beverage market. It oversees the manufacturing, distribution, and marketing of its products.

As one of the world’s biggest media powerhouses, 433 are focused on creating and sharing the best football-related content on all platforms around the globe. Amongst our huge fanbase are over 15,000 professional footballers who follow and interact with 433 every day, creating an engaged community between fans, clubs, brands, and federations. 433 is headquartered in Amsterdam, the Netherlands with a tight-knit team with more than 30 employees representing 10 different nationalities.

Red Bull is an energy drink sold by Red Bull GmbH, an Austrian company created in 1987. Red Bull has the highest market share of any energy drink in the world, with 7.5 billion cans sold in a year.

Our first artist Collaboration is with @caiolas_barber. Mika, together with our designer, came up with this unique Subsoccer 7

Once customization is done the game will be placed in @barber_factory , well known for their famous clientele.

There are customized Subsoccer 7 games at O’learys restaurants in several countries.

Founded in 1988, O’Learys is a leading franchise chain in sports-themed and entertainment-focused restaurants in Europe, with approximately 130 restaurants around the world. O’learys was our first sports bar chain customer.

Canal+ is a French premium television channel launched in 1984. It is 100% owned by the Groupe Canal+, which in turn is owned by Vivendi. The channel broadcasts several kinds of programming, mostly encrypted. Unencrypted programming can be viewed free of charge on Canal+ and on satellite on Canal+ Clair.

DHL International GmbH is an international courier, package delivery and express mail service, which is a division of the German logistics firm Deutsche Post. The company delivers over 1.5 billion parcels per year.

Sector Alarm is one of Europe’s leading safety providers with 600,000 satisfied and safe customers. We have been in operation for over 25 years and deliver superior alarm solutions to homeowners and businesses across Europe. Providing excellent customer service is extremely important to us and we are proud of our consistent 95% customer satisfaction rating

The World’s Greatest Soccer Store by Brazilian soccer legend, Pelé. Fans and players can shop more than 100 jerseys from clubs and countries around the world, as well as exclusive footwear from Nike, Adidas, Puma, and New Balance. More than a retail store, Pelé Soccer is the ultimate soccer destination, featuring a customization zone for personalized jerseys and cleats and a big screen and stadium bleachers for fans to watch live soccer games.

San Diego Loyal Soccer Club is an American professional soccer team based in San Diego, California. The team was founded by Warren Smith and Landon Donovan. San Diego Loyal made its debut in 2020 as an expansion team in the USL Championship.

We are here to make your Thursdays more tasteful and fun. We will bring you the attitude of Northern Periferia with high-quality craft beers and beverages. For you. To play the game. For you. To Taste The Game.

RPS Brewing is one of the most award-winning indie Breweries in Finland in the best beer categories. Their funky name, Rock Paper Scissors, is also what officially determines the starting kicker in a Subsoccer match. It was only natural that we customize games for them.

Helsinki Red Room is a private Manchester United museum curated by Jere Virtanen. It is located in Helsinki, the capital of Finland.

The Helsinki Red Room is over 200m2 space with its own sports bar, museum, “manager’s meeting room” and hallways full of Manchester United memorabilia. The collection consists over 33,000 items spanning the history of the club from the early 1800’s to the present day.

The Club will start playing in the 2022 season of the USL Championship, the top tier of the United Soccer League (USL).  The Club will field a USL Academy team in the 2021 season to establish the proper youth development foundation to support the professional team ahead of its debut in 2022.