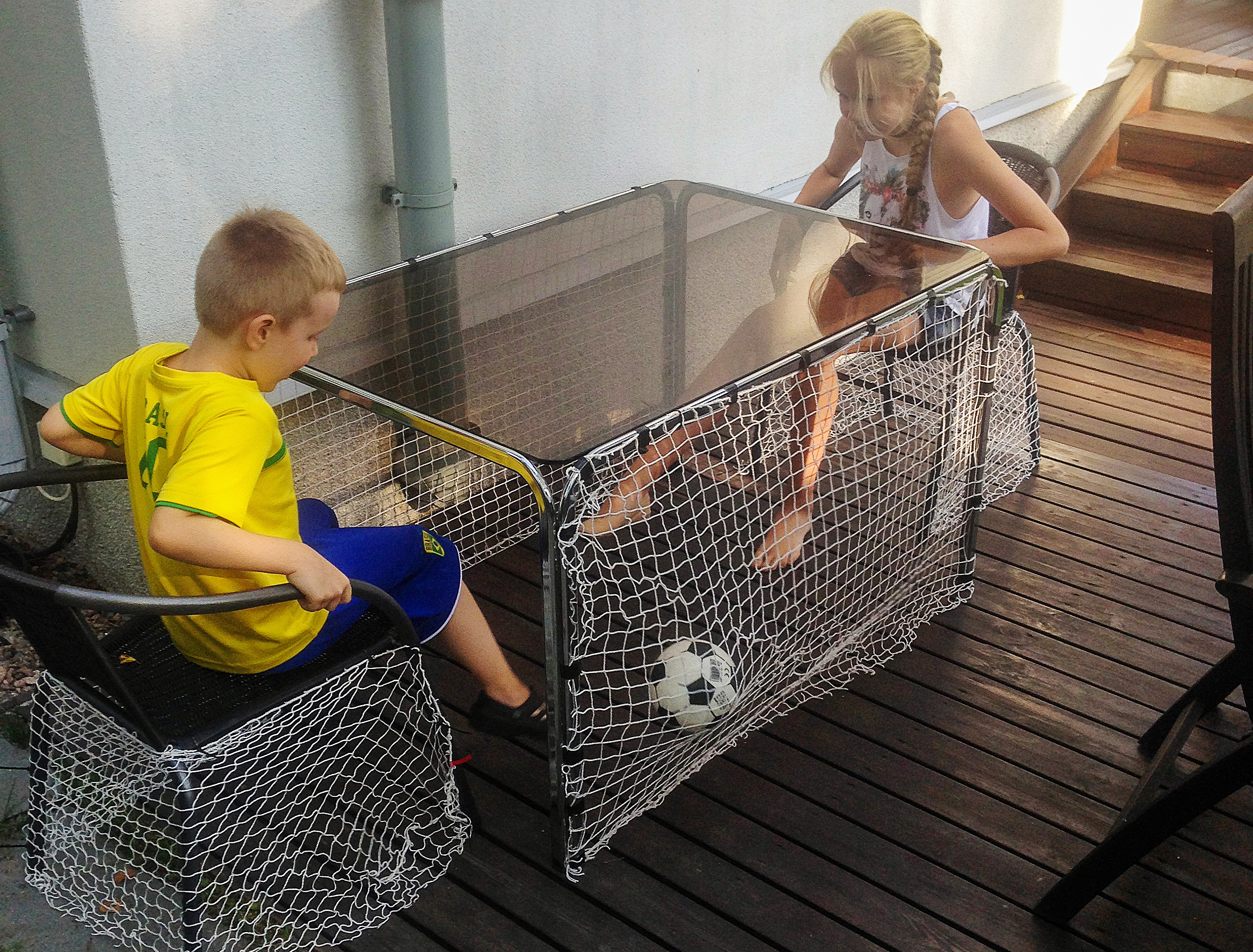 Sit, kick and get hooked!

The full story behind Jarno´s and his daughter Emma´s moment of enlightenment under the palm trees in Spain. The holy writings of the fastest-growing-game in the world finally revealed here!

Let us take you back to year 2008 when Usain Bolt was taking the world by storm, people were getting crazy over Lady Gaga’s “Poker face”, and most importantly Jarno Saarinen (also known as the Original Suberman) for the first time in his life was properly concentrating on something and it was a soccer match. His “personal record-breaking concentration that lasted for 5 minutes” in a hotel balcony was totally disrupted when his daughter wanted to do something fun with him.

This is how Jarno recalls the event:

“I was sitting on the balcony watching 2008 EURO’s game Spain vs. Russia on TV. My daughter Emma came to the balcony and said that she wanted to do something together. I started to think about activities we could do while I could still watch the game at the same time… I was too lazy to stand up so we started to kick a plastic ball to each other. As the ball went under my chair, my daughter started to celebrate. Suddenly, we realised that we had just discovered a new game.”

But this was just the beginning. As we know, usually the coordination skills of a 4-year-old are not the best, which meant that the duo had to do something for Jarno not to constantly kick the ball out of the balcony and out of Emma’s reach. Maybe it truly was their moment of enlightenment or just their hallucinations resulting from the burning heat when they decided to build a makeshift arena from towels, swimsuits, and sheets to keep the ball from rolling away. This was the very first version of Subsoccer.

Now you may wonder where that balcony was? Well, nobody really knows except maybe one person. Probably some of the hotel staff Jarno was staying know the truth. Go and find those people!

(The most sacred writings in our company)

The enlightened Jarno had the sudden urge to start preaching his gospel of joy, excitement, and amusement to all the soccer-loving people around the world. Therefore, he and his first disciple created a 3D model of our beloved soccer table which was sent to the Foundation of Finnish Inventions.

Their review, in Jarno´s words, was very positive. They said: “It´s not that great, a game can´t be patented and games aren’t particularly lucrative business to begin with.”

But the crew of the Foundation were obviously sarcastic. Only Jarno was able to call their bluff. They were clearly just playing “today we say the exact opposite we mean”. Despite the positive feedback he shockingly put the idea on hold for some years. However, in 2015, a company Jarno worked for and co-owned was sold, which allowed him more free time again. Remember those holy writings we mentioned earlier? Well, Jarno decided to go at it again!

However, in 2015, Jarno´s previous company was sold which allowed him to have more time again. Remember those holy writings above (We hope you do remember, because you just saw them), Jarno came a cross with them and decided to try again!

As it was clear right from the start that Subsoccer ® would become a must-have item in every investor’s eye, it posed no problem for Jarno to try draw attention of investors around the world. Now this fastest-growing-game in the world is a product of 4 Feet Under and Jarno, as we already knew, is operating as the Original Suberman of the company whatever that means.

Today, the game is enjoyed by everyone around the globe from the age range of toddlers to senior citizens, from beer drinking soccer fans to professional players like Ivan Rakitic. Having fun is a universal feeling that we all value in Subsoccer family. It is what brings us all together!

Every story has a beginning, and this is ours. And if you are still wondering where the balcony was, we cannot help you with that.

Can you solve the mystery?

Please do because we cannot…

In the meantime, enjoy your games!

Till we sit again./ SUBERTEAM