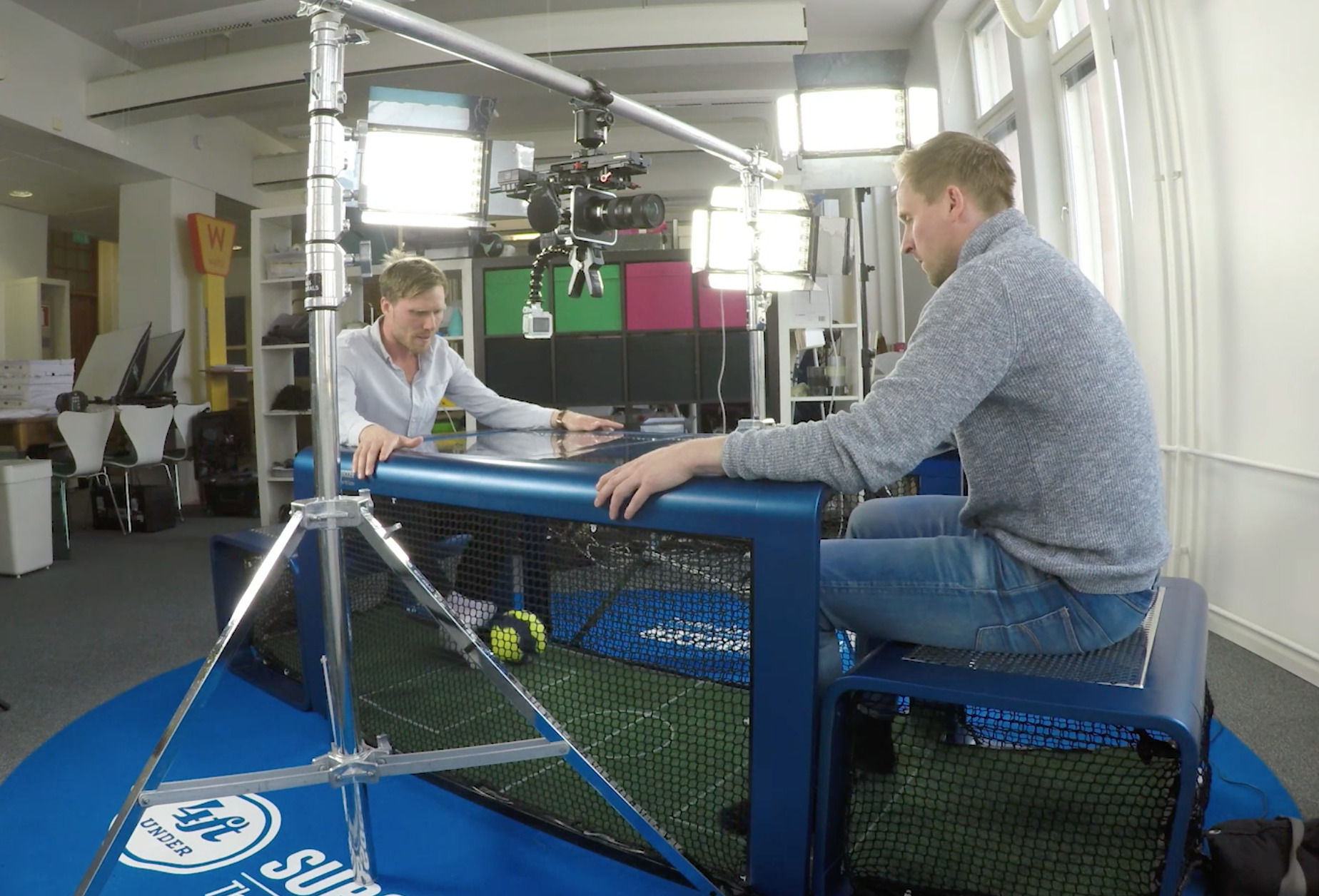 Table soccer is played with feet

How many of you have gone to sport bars to play table soccer and then be confused about the experience? Well, we too! Let us start by telling you a story about our SUBERSURFER, aka Aku the digital person, who went to play foosball on a pub but found out something totally different once he got in. Actually let´s give him a chance to talk.

” I still remember the day very clearly almost like it happened yesterday. It was a very warm day around 28,17 °C if I´m not mistaking. Therefore my friend asked if we went somewhere inside in order to hide from the sun. This sounded like a horrible idea but for some reason I said yes. Maybe because I had just watched a touching movie called Yes Man starring Jim Carrey.

“My friend pointed at a local sport bar in which there was some football games available. As a soccer lover I simply could not refuse. We went inside and our eyes started immediately scanning for soccer tables. We could not find one so we asked a waiter where the game is.

“Oh it is downstairs”

“We went downstairs and we saw a table. There was like 6 people playing it and they were rotating these rods which made the figures spin and kick a tiny soccer ball. I was thinking football played with hands… Did I drop into some kind of 4th dimension in which football is played with hands or what?  The game looked super fun but I needed my feet moving. So we went back upstairs.

“We were looking for an actual table football game.

“Oh you should have said so as she was pulling a deck of cards from her pocket.”

She placed the cards on the bar desk and said with a smile:

“See, this is not just regular deck of cards. It is a deck which has photos of famous football players. Oh and you obviously play it on a table .”

The lesson of this story is that some games have weird names just like us. But we at least keep a main principal the same when it comes to soccer. We play with our feet.