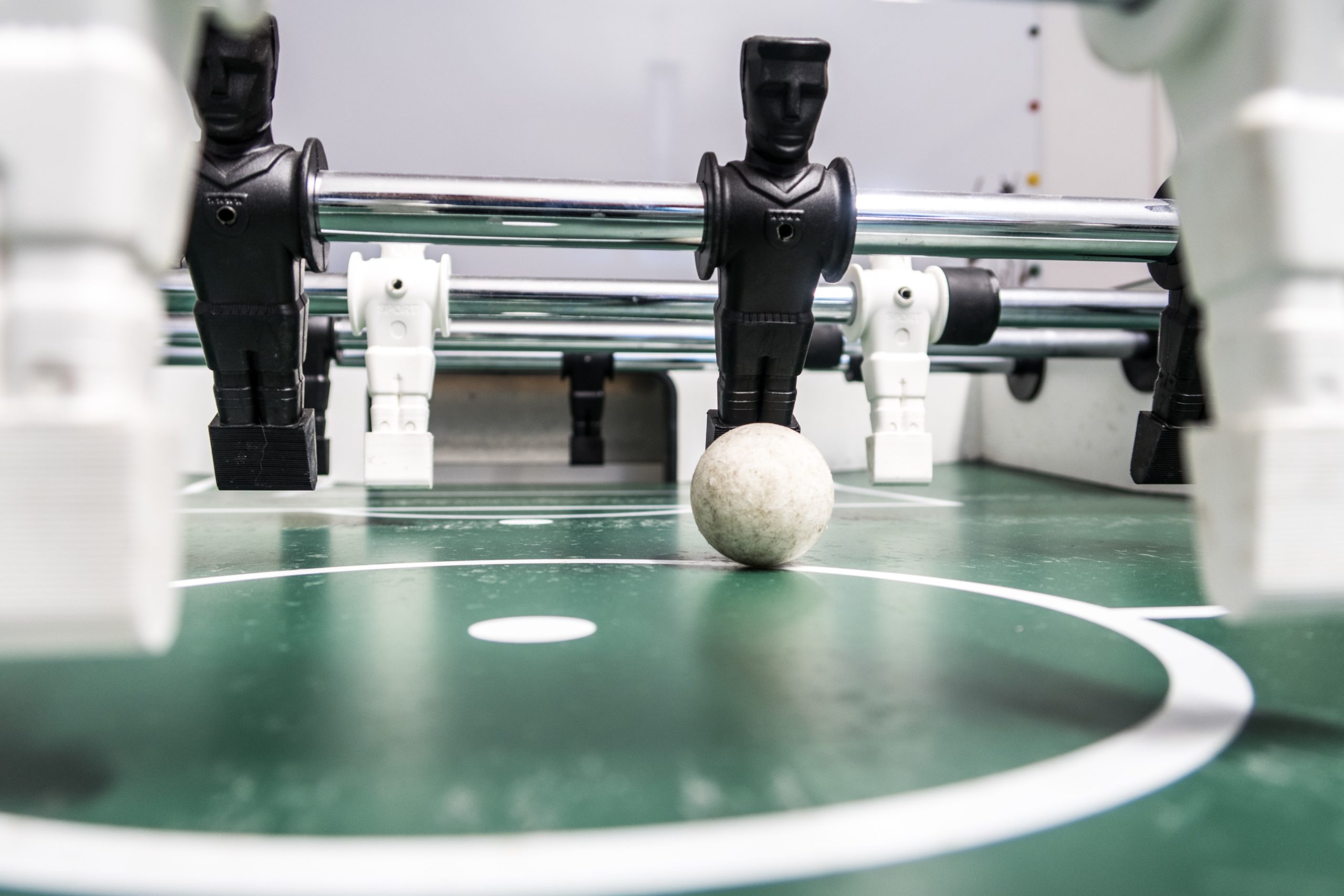 Scoring a goal is one of the most beautiful feelings in the world. Although tricks can give some extra flavor until the ball finds the net, in the end of the day it is just one extra point just like any other goal. In the last article we mentioned keeping things simple and same holds true if you wanna kick the butt of your opponent (in the score board).

Shooting hard is always a good choice especially when the shot is well targeted. Sure power takes off some accuracy but again the speed may surprise your opponent. If you are lucky the player against you may get scared and simply run away from the game because your kicks are like missiles which go faster than the speed of light. This should make your job easy since there is an empty net facing you. (unless you are our SUBERSCREWER, aka Antti the magician who builds our Subsoccer Force-Models, who would not only miss the net but actually shoot the ball so far that no one would ever find it again) But beware that, with great power comes great responsibility. The ball may take rebounds, yikes!

Use the side-net to your advantage! From it the ball may take some unexpected bounces which should help you to beat your friend sitting on the other end, yo! For instance, if your opponent has the legs spread in front, just flip the ball to the side and it may be found in the goal- ,well either in yours or in your friend´s but most likely in your friend´s.

Tricks are nice and so on but you will lose energy while doing them. So in order to keep the energy levels up, the best way is to eat and sleep well but also to avoid tricks. Besides they do not give you any points excluding the respect you might get from the Freestyle Football Association. (which is a lot since those players have some serious skills). But to tell you a secret their respect won´t save you if you´re not scoring. So just shoot!

Subsoccer does not have to be complicated and nor does winning a game. It is actually written in the gospel of the Original SUBERMAN that ” When in doubt leave the dribbles out, so just kick the ball and celebrate your victories by singing out loud”. Wise words indeed.

Photo by Florian Schmetz on Unsplash